125th Anniversary of the National Trust

WNTA have been prevented from holding any social events to mark this event. Our ‘125 Quiz’ has been cancelled because of the Coronavirus outbreak. Most members are aware of the history of the trust but for those who are not, here is a brief summary.

The Trust was founded in 1895 by Octavia Hill, Sir Robert Hunter and Hardwicke Rawnsley to “promote the permanent preservation, for the benefit of the Nation, of lands and tenements (including buildings) of beauty or historic interest”.  The National Trust Act 1907 gave it the first statutory powers.

The trust acquired land mostly by gift.  After World War II many country houses were given to the Trust by the former owners or acquired through the National Land Fund.  Country houses and estates still make up a significant part of its holdings, but it is also known for its protection of wild landscapes such as in the Lake District and Peak District.

Octavia Hill (1838 – 1912) was a social reformer whose main concern was the welfare of the inhabitants of cities, especially London, in the second half of the nineteenth century.

She was a moving force behind the development of social housing, and her early friendship with John Ruskin enabled her to put her theories into practice with the aid of his initial investment.  Another of her concerns was the availability of open spaces for poor people. She campaigned against development on existing suburban woodlands, and helped to save London’s Hampstead Heath and Parliament Hill Fields from being built on.

Sir Robert Hunter (1844 – 1913) was a solicitor and civil servant.  From the 1860s he was interested in conservation of public open spaces, and worked with other pioneers in this field, including Hill and Rawnsley. After acting as adviser to Hill in her campaigns to save Hampstead Heath and other open spaces, he worked with Rawnsley to save land in the Lake District from industrial development.

Hardwicke Rawnsley (1851 – 1920) was an Anglican priest, and a poet, local politician and conservationist.  He was descended from a line of Church of England vicars, and after briefly considering medicine as a career he graduated from Oxford and took holy orders. In the mid-1870s he worked with the urban poor in London and Bristol, before being appointed in 1877 to a rural parish in Westmorland in the English Lake District. He soon became a vigorous activist in the campaign to preserve the region from excessive industrial development.

On 16 November 1893, Hill, Hunter and Rawnsley met in the offices of the Commons Preservation Society and agreed to launch a trust that could buy and preserve places of natural beauty and historic interest for the nation.  Hill suggested that it should be called “The Commons and Gardens Trust”, but the three agreed to adopt Hunter’s suggested title, the “National Trust”. Its full formal title was “The National Trust for Places of Historic Interest or Natural Beauty”. 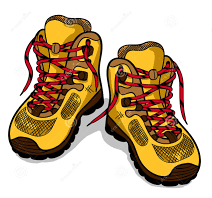 ● Our next walk is on Saturday 19th February in Sutton Park.
● A list of walks (from now until July) is available on the WALKS page. Why not come and join us for fresh air, exercise and good company.
● See photo and report of latest walks on 'Walks Gallery' page.

● Tea and coffee will be served at both evening and afternoon meetings. At the afternoon meetings refreshments will be available after the meeting, providing an opportunity for all to have time to socialise.
● The Committee have decided to do away with the need to buy tea/coffee tickets and raffle tickets separately and for each meeting you will be asked to pay £1 per person on entry. For this you will receive one raffle ticket and a cup of tea or coffee, additional raffle tickets will not be sold.
● Please have the correct entry money available, so that we don’t have to handle cash and delay matters by changing notes etc. There will be a container available at the entry point for your coin(s).

● Following on from the successful Norfolk Holiday this year, it has been decided to organise another holiday to Devon in June 2022. Click on the image for the details including itinerary. (Now fully booked)

● National Trust gardens, parks, cafés, shops, countryside locations and many houses are open. You no longer need to pre-book at many places. Some still require booking ahead, so please check the property webpage before you travel.​