We were fortunate with the weather for our trip, but unfortunately got held up on the A38 for 45minutes due to an accident. This led to our visit to Temple Newsam being ‘cut short’ .

We went straight to the House and had a short talk on its history. It got its name from its connection to the Knights Templar.  In around 1155 it was given to the Knights Templar by the king. In 1307 the Templars were suppressed and in 1377 by Royal Decree  the estate reverted to Sir Philip Darcey.  Between 1500 and 1520 a Tudor country house was built on the site.  We were fascinated by the wording around the roof of the building – very unusual!

We were given free audio guides and went around the house at our own  pace. There was fascinating furniture around and lots of ‘Chippendale’ due to the Chippendale Society collection being kept there on permanent loan.

The Armouries Museum was extensive and interesting with weapons from all around the world from the middle ages to the present day. Some members said that they would have been happy to spend all day there. Others explored the outside canal basin which has been modernised.  Trips into Leeds were available on water taxis.

Both of these venues would definitely be worth a whole day visit.

We spent one hour at the mill with an excellent guide, who informed us how the National Trust rescued the building. It was derelict and it has been restored to full working order. All the machinery was still on site. The building needed a lot of work, the guides showed us what the Trust had done. It was an estate mill for the Hall and tenant farmers. The miller took a sixteenth of each process for himself and the mill. The Hall wanted white flour and the workers had brown. They explained how the pattern on the mill stones dated back centuries and where the mill stones came from, one was from near Paris!

In the Hall, we were given a good introductory talk on Bess of Hardwick’s life story including her four marriages. We were told how she accumulated her wealth. There was a lot to see in the house, including the attics, which were open. There were two exhibitions open and audio visual in some locations. I didn’t have time to visit the ‘Old’ house or gardens so I could spend another day there.

Margaret arranged an early start to this visit, perhaps having a premonition about the weather which was forecast to deteriorate from lunchtime. This meant that we could spend the morning outside, enjoying the grounds in warm sunshine and – after lunch at the Stables Restaurant – explore the house.

Today, the grounds were the better of the two attractions. On the lawn at the front of the house grazed many beautiful fallow deer, seemingly unaware of the public walking in close proximity.

There are several circular walks through gardens, stocked with an amazing variety of plants of all colours and scents.  It was good to see many children following an interactive trail around the woodland to find nature’s treasures.

The house itself, although rather dark, contains many treasures including a very impressive silver collection.  There are some important paintings and a large collection of original books.  In some rooms there is a focus on the conservation of these treasures.

Thankfully the rain was light and intermittent during the afternoon and was only heavy on the journey back.  A lovely day out.  Many thanks to Margaret for planning the visit (Hope the new hip is fine) and to Lilian and Roger for leading on the day.

With an horrendous weather forecast we joined our coach with some trepidation. We had an excellent journey and arrived at Renishaw Hall early enough to walk round the stunning Italianate gardens in the dry for half an hour before we were served coffee and biscuits. At 12 o’clock we were split into two groups for a guided tour of the house by excellent guides. The house has been in the hands of the Sitwell family for 400 years. It remains very much a family home and each room reveals a real sense of the history of the generations who lived there. This includes the famed literary trio, Edith, Osbert, and Sacheverell Sitwell, who played a huge part in the artistic and literary world in the early part of the last century. After the tour we had lunch and then spent a couple of hours in the museum and gardens in only light rain. We set out for home at 4.30 and had not been travelling long when the heavens opened. A good day was had by all.

We started our visit to Stockport with coffee / tea and biscuits then after an introductory film which detailed the history of hat making, we were guided around the factory and saw the production processes involved  in fur felt hat-making, which began in the Stockport area  in the 17th century.  The conditions in the factory in the early days were appalling with many workers suffering the effects of mercury poisoning.  The phrase, “mad as a hatter”  suggests that it was connected to mercury poisoning as a result of the long-term use of mercury products in the hat-making trade.  We all know that the Hatter and the March Hare are referred to as “both mad” by the Cheshire Cat, in Alice’s Adventures in Wonderland.

The museum contained attractive displays of every conceivable head covering.  Some of which were tried on by some of our members.

We then went on to Bramall Hall which is a beautiful timber-framed building, the oldest parts of which date from the 14th century, with later additions from the 16th and 19th centuries. It has a similar style to Little Moreton Hall.  Again we had a guided tour which was very interesting.  The Davenport family held the manor for around 500 years. They were a family of significant landowners in the north-west of England and obviously rich because of the large number of windows, making the rooms very light.  The hall retains original features such as a wattle and daub doorway, wall paintings and a possible priest hole.

This visit, to two fascinating venues, with free coffee, biscuits and a sandwich lunch was a great success and very good value for money.  Well done, Vivian

After confusion with Powis, which caused me to change the date and coach company, we were delayed on our journey by a nasty accident on the Shrewsbury by-pass. Luckily we arrived in time for our excellent Christmas lunch, which was served by friendly staff. The rain stopped to enable us to walk round the illuminated grounds and the castle, which was decorated in 1940’s Christmas style, when it was used as a boarding school for girls. We then had time for a drink and cake before leaving for home at 6.30. A lovely day was had by all.

● Our lecture page (see top menu) is now updated with lecture details for the rest of the year.

COME AND MEET US 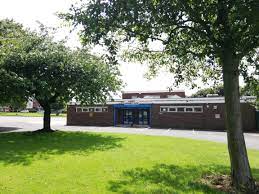 ● Our first afternoon meeting will be held on 23rd September at Aldridge Community Centre, WS9 8AN. Don't forget the new starting time of 2.15pm.
● Phil Griffiths will give his talk on the history of English Coins.

● The Annual General Meeting will be held on 13th October at 7pm in the Church Rooms at Aldridge.  The agenda is available here:  Agenda

● Click on this link to read the resolution about committee members. Resolution2021

● A shortened version of the Annual Accounts is on our Home page.  Any member requiring a full copy should apply to the Treasurer in advance of the AGM.

● Following on from the successful Norfolk Holiday this year, it has been decided to organise another holiday to Devon in June 2022. Click on the image for the details including itinerary. (Now fully booked) 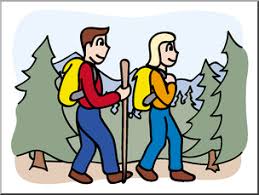 ● A list of walks (from now until March) is available on the WALKS page. Why not come and join us for fresh air, exercise and good company.

● National Trust gardens, parks, cafés, shops, countryside locations and many houses are open. You no longer need to pre-book at many places. Some still require booking ahead, so please check the property webpage before you travel.​