Afternoon meetings will take place on the fourth Thursday of the month, starting at 2.15pm in the Aldridge Community Centre, WS9 8AN.  The meeting should end about 3.15pm and tea/coffee will be available after the meeting.

Evening meetings will take place on the second Wednesday of the month, starting at 7pm in the Aldridge Parish Church Rooms, The Green, Aldridge, WS9 8NH. They will include a refreshment break and raffle.  The meeting should end by 9pm.

Stories of the English Coinage

“The most dissolute man in London“

“The History of Benthall Hall“

Benthall Hall has been owned by the National Trust since 1958.  The house is open to the public and worth a visit. Follow this link for opening times and directions. At the moment it is closed for the winter.

“History of the Birmingham Gun Trade“

No Afternoon Lecture
in December

History of the Gardens of Calke Abbey

From Russia with Luck

Change of lecture
One Nation: Many Sausages

Charles Darwin in Shrewsbury
A Talk by Maggie Love

Charles Darwin was born at the family home, Mount House, Shrewsbury on February 12th1809. He was a naturalist, geologist and biologist, best known for his contributions to the science of evolution. Voted as one of the most important people in our history.

In this talk I’ll look at his childhood growing up in my hometown of Shrewsbury and his young adult life. We will discover how his early interest in nature led him to ask questions about our origins.  He went to university, medical school and all the around the world, but he always came home to Shrewsbury. He left the Town at age 30 with his future wife, his cousin, Emma Wedgwood. Maggie Love.

● The visit to Tutbury had to be cancelled at short notice because of illness.
● Refunds will be available to those who paid. 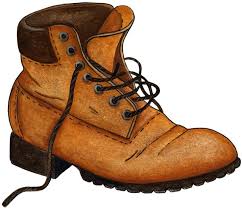 ● The next walk is on Saturday 4th June at Cannock Chase. The starting point is Commonwealth Graves parking. WS12 4PS
● All details of walks are on the WALKS page. See photo and report of latest walks on 'Walks Gallery' page. ● Following a cancellation, a double room has become available. If you are interested, please contact Louise Platt (louiseplatt@sky.com)
To see a holiday brochure click on the above image. 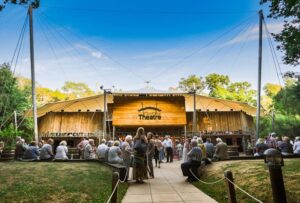 ● Click on the image to see details of a theatre visit to see Carousel at Kilworth House Open Air Theatre.
● Please note this is no longer a coach outing. Our gardens, parks, cafés, shops, countryside locations and many houses are open. You no longer need to pre-book at many places. Some still require booking ahead, so please check the property webpage before you travel.​